Adán_Aguilar wrote:Most likely I would have voted for Felicity too in the end. And yes, the final two is a little disappointing.

I was just reflecting on our little adventure here in Malawi and this thought crossed my mind, wanted to share it with u guys. This season kind of reminds me of the train wreck that was "Survivor Nicaragua". Think about, in the finals, on one hand we have our first finalist, the indecisive guy with no personality what so ever, Chase. And on the other hand we have the floater who was able, by not ruffling too many feathers and cleaverly maneuvering herself between alliances, glide herself to the final two, kind of like Fabio. Whereas all the power players, the Marty's, Brenda's, Alina's, and NaOnka's of this season we're all taken out way too early. Just a thought.

if we're the Survivor Nicaragua of ORGs I'm Brenda

Taro is Jane, Diane is Kelly Purple and I think Roger is Alina lol

I’m Brenda sweetie, you can have Marty

at least give me Sash, I was smart enough to scramble and make it as far as I did. Most people here perceive me and insensitive and insincere, and if I made it to the final three I probably woudn't even get a vote!

Betsy is definitely NaOnka, Diane-Jane, especially after her freak-out on Alice at tribal.

I definitely feel better being labeled as Alina, that girl had some fire in her!!! I just said Sash since many of you give me the impression that I come across as "overly-intellectual" at times, insensitive, and insincere.

Oh hell no, haha, Sash was the dullest closet case EVER. He had strategy but he had zero social skills or personality.

I definitely feel better being labeled as Alina, that girl had some fire in her!!! I just said Sash since many of you give me the impression that I come across as "overly-intellectual" at times, insensitive, and insincere.

I hope the host makes everything public so I can see your confessionals at the end of this game. Like I want to be believe youre this really nice and caring person but sometimes it's just like "ok he's laying it on way too thick"
is Zayden Benry?

well Felicity pick somebody! I can't be Sash because I "mastered the social game" alol

Can I be someone from a diff season plz! Like Twila cuz i was so loud mouthed but still made good moves. 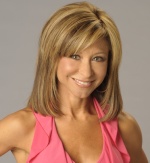 Well I’m Parvati. She made a guest appearance in Nicaragua and made final three with Chase and Fabio.

Felicity_Atkins wrote:Well I’m Parvati. She made a guest appearance in Nicaragua and made final three with Chase and Fabio.

omg NO. You're GUATEMALA STEPHENIE <33333 the girl who backstabbed everyone and pissed them off cause she was controlled by Rafe (me)
lol jk but this is fun

Alice is our Lydia

Whaaat? Sweetie everybody I backstabbed I talked YOU in to haha :p. I am Parvati from HvV. I dominated the challenges, was responsible for a lot of bitches going home, and a lot of people didn’t like me.

Steph is too butch for me haha.

but I wanted to boot those people?
the only one I didnt want gone was Roger >:O
youre HvV Parv but im Micro Parv cause people didn't call me Felicibitch lol i did my share of backstabbing and lies but i was the chaste angel <333333

It's supposed to be *Felbitchity

Haha yeah, the only reason I was disliked is because when Adan asked me if he was going home I told him he was kinda rudely.

And actually people hated Parv in Micro too, Amanda was just such a zombie Parv won.

Parv had Natalie, Alexis, Cirie, Amanda as loyal troops tho and for some reason Jason liked her more than Amanda so she didn't care about the rest

Kiyle_Whitley wrote:Parv had Natalie, Alexis, Cirie, Amanda as loyal troops tho and for some reason Jason liked her more than Amanda so she didn't care about the rest

in that situation, poor old lady betsy is fucked out of the world! i could maybe get niel(we were enemies only cuz i didnt ever need him), but thats it. im done.

No!! I wanna be Alina! It fits the game I played better! Such a trainwreck!!! 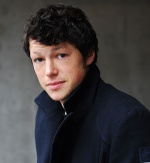 Totally. I have actually written my *Hate Speech* for you SWEETIE. Sucks I won't get to use it.

omg u can post that hate speech if u still got it!

And now, you… Felicity.

Heeey sweetie!!! How are you, honey!! Hahahahaha! I’m such a good ol’ Southern girl! Hahaha! I love this game

First, that ^. You thought that people would underestimate you because of that. Well, everybody saw through that game, but it was so ridiculously fake (just like EVERYTHING about you actually) that no one cared. I swear, everytime you called me “sweetie”; I just wanted to shoot myself.

And to think we were allies!!!! LOL. You backstabbed us at the first TC, setting the tone for the entire game: You will always be that liar, backstabbing fake bitch, who didn’t care about half the people on a personal level and would backstab any ally in a heartbeat. And you did turn on me. No matter how you’ll say it. And for the most hypocritical reason EVER: You voted an ex-Lomwe out because I was targeting ex-Lomwes (Diane/Niel). If you really wanted to keep the Lomwe tribe together no matter what (that’s what you told me), why did you vote me out??? And, at least, some people told me the vote was most likely going my way. You did not. You lied to my face. Kicked me when I was down for no good reason. And the worst thing??? After my elimination…. You decided to vote out Diane!!!! What was SO horrible for me had become totally acceptable. You ARE a hypocrite.

Oh, and sorry but I’m not buying the whole “Felicity was a strategic beast”. If you were, you wouldn’t have needed all these Immunity necklaces that just made you look like a big threat. As for your social game, sweetie, I can only speak for myself but you were ONLY about strategy. I talked to many people on a personal level, but you sure didn’t.

You probably have already won this game anyways so congrats. You didn’t play half as good as you are talking about though, never missing an opportunity to make yourself a big target for no reason. You basically lucked your way to the F2 in my opinion.

Now, please don't ever, ever talk to me as if I were an ignorant fool. Just adds to aggrogant bitch character. And these are kinda things that stick to you... and NOT just online. Good luck for the rest of your life. You obviously WON'T be a winner there.

And I want to tell you, Felicity, that I really don't mean half the things there. I just wanted to make a more interesting FTC

Of course you are a good person and I don't REALLY hold any grudges. I might act that way, but I definatly don't! Sorry again!

*fans self*
that was magnificent, lets hope we're a bitter jury

Dayumn Rog! You taking lessons from Eliza? That was intense! haha

Here’s the thing. I had personal relationships with a lot of people in the game. To you, Adan, and probably even Kiyle it looked like I didn’t have a social game, because with you and Kiyle I only talked strategy. But when it came to Taro, Betsy, Niel (when he signed on), Wallace, and Alice there was a lot more going on. To me, having a good social game isn’t being bff’s with every single person, otherwise people catch on and they pull a Betsy on people like Kiyle.

Also, when we had a clear advantage over Tombuka, and I was certain Taro was going to stick with me, I didn’t care about keeping Lomwe strong. I used that as the excuse to get rid of you Roger for a few reasons.

1. You were a smart player

2. You had Alice and Zayden

Being as I turned on you very first vote, I knew when the time came you probably would try and turn on me being as you had so many avenues available, so me getting rid of you had very little to do with you targeting Niel and Diane, it was just taking out my competition before they could take out me.

I totally get btw that you just wrote all that to hype things up but I know I upset you and I did want a chance to explain to you what happened. I thought you were a great player, and that’s why I blindsided you.

Thanks Felicity! I really appreciate this explanation. Believe me or not, I'm not mad anymore. You did play a great game and you have all of my respect.

Actually, I did want to blindside you later on, so it came down to who did it faster. And you won, hands down. Also, I appreciate the honesty.